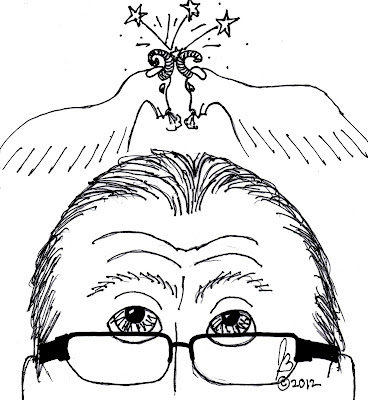 From the title, you might presume this post is about the drudgery of writing. Like wagon wheels caught in a rut, trudging on in one direction without hope of rest, moving toward an uncertain destination. No, this post is about something different. This rut is more like the male buffalo during mating season. Late last year, I had so many story ideas kindling (no pun intended) on the fires of my mind, that I could not finish any one of them. They were like the two buffalo, butting heads, fighting for the chance to be the alpha male. That's how these stories were; locking horns, trying to take precedence over the other for control of my mind. The fighting continued until several stories sat at varying stages of completion, and none finding their end. I finally made the decision to put all of those new stories aside, and concentrate on editing, promoting, and publishing stories that had already achieved the top dog status of completion. All of those other stories are still in there, somewhere, jockeying for position among the racing electrical impulses of my brain. They will come out eventually. But for now, I'm still editing a novel for submission. So, if I'm writing, and you happen by, and you hear a dull thud echo from within the deep recesses of my gray matter, don't be alarmed. It's just the buffalo in rut.