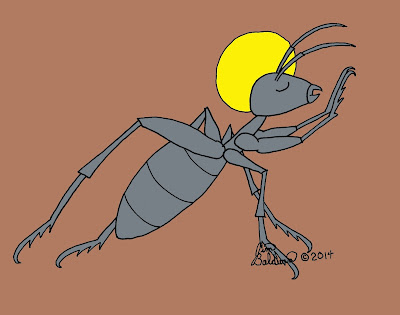 I love art and design, and I ride my bicycle a lot. While riding, it gives me time to observe things, more than if driving in my car. It also affords a view not available from the roads. Humans are amazing creatures.

Some structures we build are magnificent. Even old, rundown warehouses present a character combination of functionality and personality. The façade of each building reflects the individuals it houses.

Humans aren't the only animals that build things. An example is bird nests. Swallows build unique nests, using layer after layer of mud to build little adobe structures. Some birds take it to a new level.

Eagles get an award for nests six to nine feet wide and just as tall. 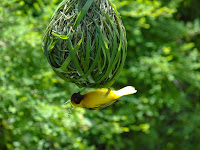 Weaver birds, or weaver finches, get their name from elaborate nests they weave from fresh grasses.

Bower birds, perhaps, win the award for most elaborate. They weave detailed structures on the ground, then proceed to decorate the surrounding area with colorful objects gathered and arranged in interesting patterns.

The other day, I was riding my bike and noticed something small on the trail. As I passed over it, I realized the object was an unusual anthill. It stood a couple of inches tall and about the same across its base. But what made it unique was that it got wider as it rose from the ground.

Sort of a curved mushroom, or a branching out tree shape. As it reached its full width, its sides rose straight up, perhaps a half and inch before reaching the top. Across the top, it sloped gracefully down toward the middle, toward the hole, the entrance to the underground labyrinth. The ants had used the thousands of tiny excavated pieces in the construction of the splendid entrance. It's hard to describe, but it was a remarkable structure. I had never seen one like it.

I often see ants swarming on the trail. You've probably seen this yourself. From a distance, it's a dark patch, seeming somewhat out of place. Upon closer examination, you see that it's hundreds or thousands of swarming ants. Writhing and pulsing in some unknown ceremonial dance. I'm not sure what the ritual is behind the swarm. Whether it's movement of the hive, a division of the community, or perhaps a war between two rival colonies. Whatever it is, it's interesting and eye-catching. 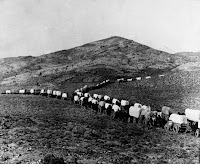 I once heard a description of what indigenous North Americans thought of the onslaught of incoming European settlers, comparing them to ants that just keep coming. Coming and coming in unstoppable numbers. The indigenous people could not slow the invasion of this seemingly inexhaustible supply of newcomers.

When riding, I usually recognize the swarming ants from a distance away. I can maneuver around the activity so as not to disturb it. I often adjust my path to avoid a sunning grasshopper or wriggling caterpillar. Sometimes I can avoid them, other times I cannot. I hear the telltale crunch as the creature meets its demise. Surmising from the numerous carcasses strewn across the path, many insects fall prey to bicycles. The bikers probably rarely notice.

Back to the ants: Sometimes it's too late to avoid the swarm. After riding through the dark patch of teaming workers, I imagine what it would be like to be at their level. A giant black object rolls through their community, killing hundreds of their sisters. Ant bodies fly into the air, tossed aside, and smashed flat in a wide swath. In the aftermath, writhing and kicking wounded lay among the corpses. Do they make a noise? Are there thousands of minute screams? Do ants even have ears? Do the other ants care? Do they even notice? Can ants even think? Do ants have souls? 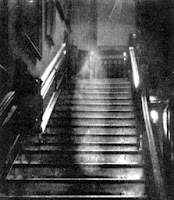 The other day, a local paranormal investigator asked, "Where is the soul located in the body." Most people said either the heart or in the brain. I always assumed our souls were shaped like us; our entire bodies- head, torso, arms, and legs. After all, God made us in his own image. So what else would our soul look like? Whatever the soul looks like, I think it would be made of energy. Our souls contain our life force. It is who we are. With or without our caporal body. If God made us in His likeness, maybe He is energy and made us from energy.

If God created the entire universe and everything in it, He must be energy. If God is everywhere at all times, He must be energy. Without God, there is nothing, we are nothing. Physics tells us, energy can never be created, nor can it be destroyed. It can be transferred and stored, but never created or destroyed. If God always was and always will be, He must be pure energy. Science tells us that our entire universe was created in one giant burst of energy; The Big Bang. In the beginning, darkness filled the great abyss. God said "Let there be light" and created the first day. What is light? Energy. 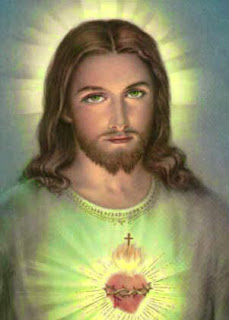 What about Jesus? Accounts vary on the number of miracles He performed. Somewhere between 34 and 41 documented in the Bible, but according to John, many others undocumented. Of these, I categorize them into five types. First, there are 6 food/fish miracles; changing water to wine, twice multiplying small amounts of food to feed many, two miraculous catches of fish, and a tax in a fishes mouth. I'll bet those took a lot of energy. Secondly, there is what I call the three nature miracles. Jesus calmed a storm, walked on water, and withered a fig tree. Energy, energy, and the removal energy. Thirdly, on nineteen occasions Jesus healed people of various ailments and afflictions. Sometimes He healed one person at a time and other times many in one day. In one incident, a woman was healed when she touched Jesus as he walked by. He sensed the "power" go out from Him. The fourth type of miracle often crosses over into the healing category. Seven times, Jesus cast out evil or demonic spirits. The most spectacular of which, caused a heard of pigs to stampede over a cliff to their death. What is a spirit? Good or evil. Energy. The fifth type of miracle I find the most powerful. On three occasions, Jesus raised people from the dead. These resurrection miracles return the living energy to a body that has lost its life force. Beyond these five categories, we have the transfiguration, the consecration at the last supper, I might add the image on the clothe when Veronica wiped the face of Jesus, and finally, the resurrection. I'm intrigued by the story of the Shroud of Turin. Whether or not this is the actual burial shroud of Jesus, scientists and archaeologists have examined it many times and have been unable to determine how the image on the fabric was made. I've read that it was burned there by a flash of radiation or high energy. Interesting.

Getting back to the laws of physics concerning energy. If our life force is energy, if our souls are energy, then our souls can never be destroyed. Depending on where that energy is transferred to upon our death is the basis of some religious beliefs. In reincarnation our energy is recycled into other living things. In other beliefs, our energy can go to a harmonious place in the sky where our life force can mingle harmoniously with God in everlasting bliss. Possibly, our energy could be transferred to the inner reaches of our planet where it will be tormented forever in the fiery pressure of Earths molten core. Can we choose where your energy goes after we die? I hope so.

So, do ants have souls? They obviously have energy. Ants can lift fifty times their body weight. That's a lot of strength. Is strength energy? Comparatively, that would be the equivalence of a human lifting ten-thousand pounds. Do you know how much energy it would take to lift that much weight? I don't. But I know it would be a lot. Comparing again, ants are packed with a lot of energy. But do ants have souls. All animals are alive because of energy. Do all animals have souls? Even a sloth has energy. Do sloths have souls? 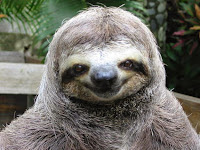 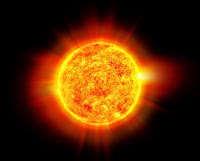 These things may not have a sentient soul as we imagine it, but all of these things are a part of God. What about theories of a multiverse, where universe upon universe structured together create something even larger. What might that large something be? There is only one answer. God. 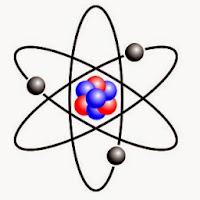 So, do ants have souls? God only knows. But maybe, just maybe, if we live our lives in such a way to eventually become harmoniously united with God, we will know also. Hopefully I'll see you on the other side.

What do you think? Do ants have souls?
Posted by James M M Baldwin at Tuesday, October 14, 2014