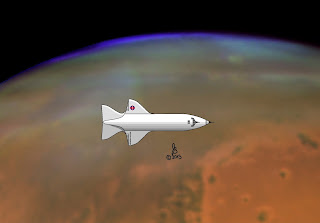 While making calculations for my short story “Son of Thunder,” a story about a round trip voyage to Mars at a percentage of light speed, I came up with some interesting data to share with you.

We know light travels 186,282.397 MPS (miles-per-second), which translates to more than 670 million MPH. Current theory does not allow an “object” to move at the speed of light because of the restraint that increased acceleration as it approaches light speed would require an infinite amount of energy.

However, here are some examples of how long it would take to travel to specified locations in a ship capable of traveling at the speed of light. Our light speed ship could travel the roughly 250,000 miles (varies depending on its orbital distance) from Earth to the moon in 1.3 seconds. The 93 million miles from Earth to the sun would take 8.3 minutes. (However, if you’re traveling to the sun you’d better go at night so don’t you burn up ;) ) The time to traverse the 25 billion miles to Alpha Centauri would be 4.4 years. And a trip in our speed-of-light-ship to the edge of the Milky Way galaxy would take a mere 100,000 years.

Seem like a long time? How about this? Using current technology, most of a vehicle’s fuel is used reaching Low Earth Orbit with little fuel left for an interplanetary or interstellar mission. But presuming we could fuel a ship beyond orbit, its speed is around 17,000 miles per hour (408,000 miles per day, 148,920,000 miles per year). Therefore, our space ship travels at 0.0025 percent of the speed of light. Considering our light speed ship took roughly 4 and a half years to reach the nearest star Alpha Centauri (4.3 light years at 5,865,696,000,000 miles per light year equaling more than 25 trillion miles), it would take our ship 170,000 years to travel that distance. Now here’s the real kicker: The center of the Milky Way galaxy--our galaxy--is approximately 30,000 light years. To reach it using our current technology spacecraft would take approximately 1,186,046,511 years, that’s more than a billion years; almost unfathomable, not to mention what it would take to reach another galaxy.

In “Son of Thunder” I proposed a controversial propulsion system that I discuss in Light Speed Travel, Part II; Nuclear Propulsion. Check it out here. But these are plenty of numbers to wrap your brain around for now. Have you ever contemplated space travel and the speed necessary to achieve a deep space program? What are your thoughts? You tell me yours, I’ll tell you mine. 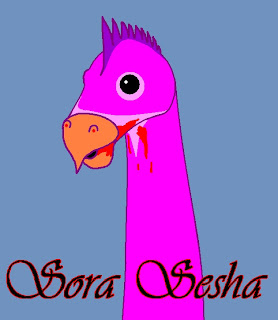