Update on "Abandonment of a Dream" post. A few asked me about the numbers, but no one noticed the April Fools date of the post. Some of the amounts were exaggerated for shock premises. Here are the real numbers. After the recent purchase of some new books, (most of which will be given away) diminishing previous earning totals, my new hourly wage works out to 0.00029 cents per hour.  Yes. That's an average wage of less than 3/ten-thousandths of a penny. In my case, that makes it around 0.30 per year.

I always thought the writing would be the hard part. Then you could just sit around and rake in the dough. Not so fast. I never stopped to think that getting people to actually "purchase" a copy of my book would prove the much more difficult task. I would think my friends and family would at least buy a copy of my greatest labor of love. Not so much.

Speaking of dreams, My most recent project is to convert my story "Dream Hunters International " into a feature length screenplay. 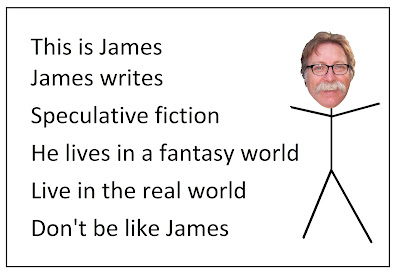