You Want To Be a Writer 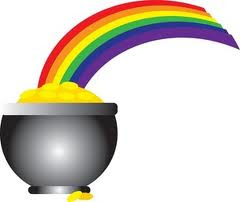 So, you want to be a writer? Okay. Let me ask you this. How thick-skinned are you? You're going to need to be like a duck and let everything roll off your back. You need to be prepared for rejection by the fistful. Are you prepared to spend years of intense work and loss of sleep while you balance your writing and your day job. Don't forget you're going to need a day job to support you while you toil away, year after year perfecting your craft.

What can you do to improve your chances. A college degree in writing is a good idea. Although it's not a guarantee. Then there's the reading. You're going to need to read a lot. You need to read books in the genre you're going to be writing in as well as books about writing. And there's no shortage of books about writing to choose from. There are a lot of things you need to know that you just can't pick up by reading. You also need to find a group of knowledgeable writers to help you hone your craft on a personal level.

You're going to need all the knowledge you can gather before you even start to write. Once you decide what genre you want to write in, you need to decide who your audience is. If you know who your writing for, it will be much easier when it comes time to market your work

Oh yeah, don't forget about luck. Almost every rejection letter I've received wishes me the best of luck. By now, with the number of rejections I've received I should have a whole truckload of luck saved up. Now if I could just access it. So as you journey down this road of writing, let me wish you all the luck in the world. You're going to need it.

I wrote my first query letter in 2004. On January 27th of this year, I received my 127th rejection on numerous different projects. Not going into the emotions involved in receiving a rejection letter, have you received a one? Not only that, but have you ever received this exact same rejection?

"Thank you for your query. Unfortunately, I'm afraid this project isn't right for me, but I wish you the best of luck in your search for representation."

Of all the letters I've received, nearly a hundred of them are almost identical to this one. Obviously it's a typical form letter, but what a cop out. I research agents to find out which ones represent my genre. There seems to be a lot of agents casting a wide net, making it easy to fall prey to the dreaded form.

I've read some agent blogs about advice they gave to a writer via their query. How the obstinate writer refused to take their advice and never found representation, or how they took the advice and easily found representation and publication, or how they resisted the advice for years until eventually relenting and finding acceptance. Really? Does this actually happen? Apparently not to me. I would even appreciate a "you stink, get out of the business" letter. Better than a form. I'd love to hear from anyone that has ever received advice from an agent or editor based on a query letter.