Last week I diligently upload a novel to the Amazon Breakthrough Novel Awards (ABNA). This will be my fifth entry into the annual competition: an effort that is not without emotional angst. Honestly, what would be the point of entering if I didn’t at least have some hope of winning, or at least making it through to subsequent rounds of judging?

The first year I entered I did not advance beyond the first round: a round which does not actually look at the novel but merely a three hundred word pitch. Yes I was disappointed but continued to submit elsewhere. The second year I was informed that I had made it through the first round, only to be notified a few days later that they had made a mistake and I had not advanced from the pitch round. Having the rug jerked out from under me hurt worse than not making it at all. They made up for their mistake by offering me a five dollar Amazon gift certificate. That made me feel better (NOT). The third year found me cautious when I received news of my advance to the second round where they judge the first 5000 words of the manuscript. It was true this time, but I did not advance to round three. I did receive a prize, two critiques from the amateur reviewers they have judge the first round. They had some good things to say but they also helped me see what I had done wrong. So after reworking the first section, I entered the revised manuscript in year four, only to find I did not advance beyond the pitch round once again. How could the same pitch advance one year only to fail the next?

So basically, here I am at year five; still holding out hope but not holding my breath.

What do you think of writing contests? Worth the stress? 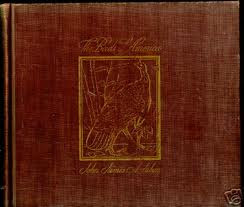 Not having any success trying to sell my books at .99 cents per copy, the following headline caught my attention. "Worlds Most Expensive Book Goes Up for Sale" That peaked my interest. Could it be an original handwritten copy an unpublished William Shakespeare play. Maybe it would be the earliest known written version of Homer's Odyssey. I clicked the link. The new headline read. "Birds of North America will be Auctioned for Between 7 to 10 Million Dollar." Surprise. IT WAS A PICTURE BOOK! I should have known. Don't get me wrong, I understand why this rare, multi-volume 3 1/2' tall hand colored version of every species of bird known in North America in 1800 is so valuable, but come on. This is more art than it is book. I wonder what the most expensive book of WORDS ONLY might be. I doubt it will ever be an electronic copy of my ebook story "Black Wolf." (available at Smashwords.com for only .99 cents.)