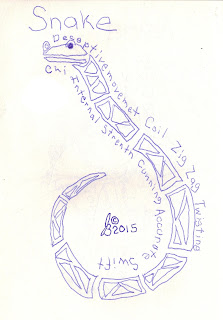 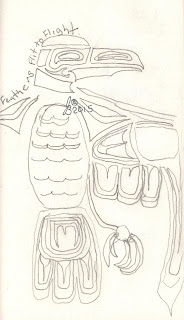 Not only have I done numerous sketches for the painting's design, I've also gathered information for the poem, which I think will also be Tinglit and Haida inspired. The raven is and essential in their culture, so I almost feel compelled the add some kind of Edgar Allen Poe influence. Maybe even a little Lewis Carrol. I have a wonderfully energetic writer Annie Douglas Lima asking for an in depth interview. She has many good writing questions. I'll see what I can do to answer her. I'm writing a script about a high school class discussing TO KILL A MOCKINGBIRD. And there's that pesky new round of query letters waiting to be written. Oh, and I took time out to write this blog just for you.
Speaking of you.
Do you ever get too many irons in the fire?
How does it affect your production?
Or, are you one that finishes a project before moving on?
Jim
Posted by James M M Baldwin at Friday, October 09, 2015